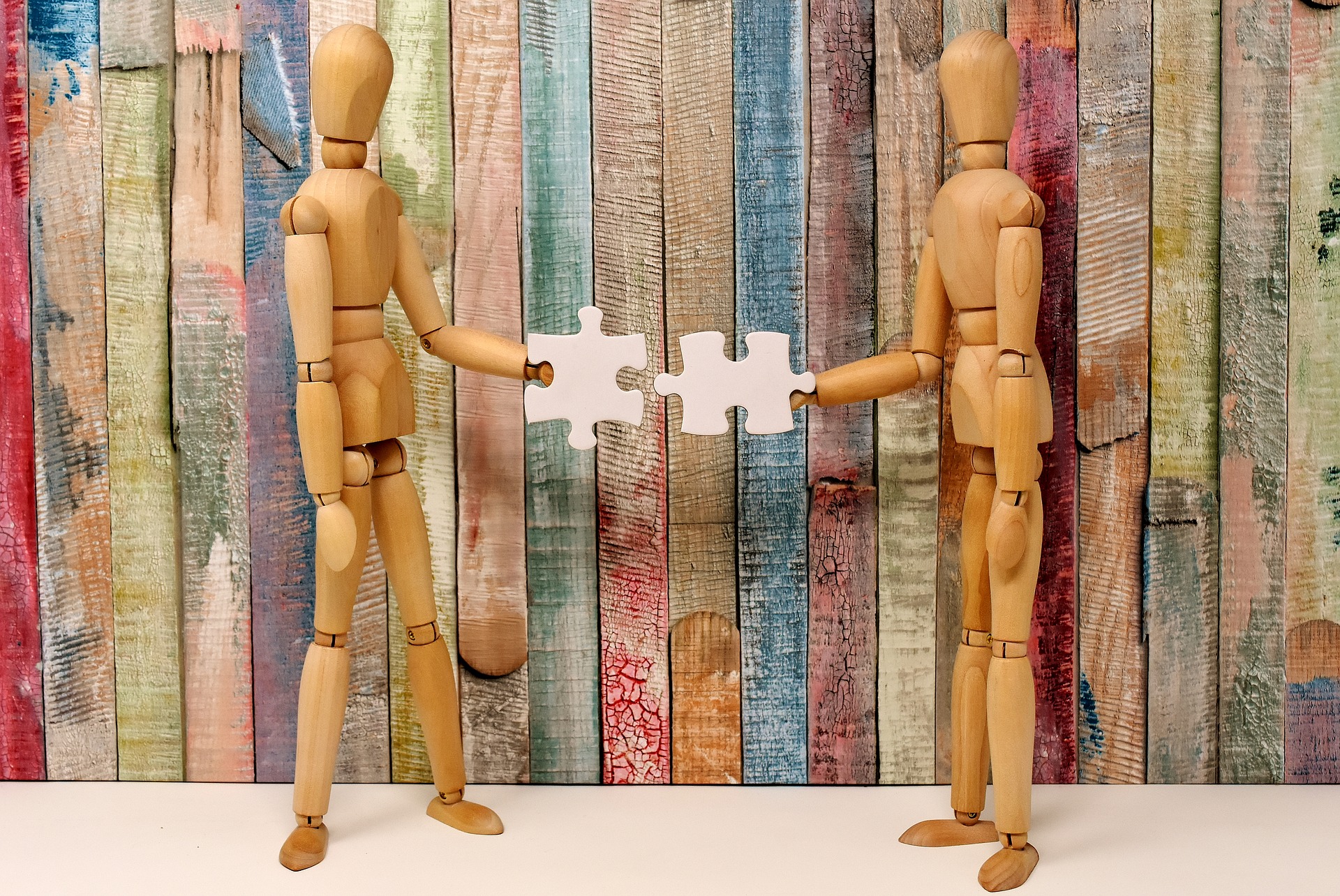 04 Oct The missing piece of the jigsaw in the debate on combatting tax evasion and avoidance: The human factor

Posted at 11:55h in Research Communications by Protax-Admin 0 Comments

The Panama Papers, Paradise Papers, Swiss Leaks and Luxleaks and other disclosures have shone the spotlight on the magnitude of the problem that tax evasion and money laundering play today. While collecting taxes remains within the competence of each individual EU Member State, tax evasion and avoidance are complex problems that extend over borders and cannot be faced by one state alone.

As a result, more and more initiatives evolve at EU level to combat tax evasion and avoidance. While these initiatives represent an important step towards fairer and more transparent tax rules within the EU, a significant issue seems to be ignored: the limited ability to combat tax crimes effectively is, amongst other things, an organisational problem.

PROTAX investigates tax crimes as an organisational problem. We focus on the actors involved in perpetrating, enabling or prosecuting this type of crimes, and look at the challenges that emerge at ground level when law enforcement agencies are trying to investigate and prosecute the ‘big fish’ in tax evasion.

Over the first four months of PROTAX, we conducted 13 case studies in 10 jurisdictions with a particular focus on ground-level operations, asking questions such as: How did the crime happen? How did the investigation and prosecution take place? What were the hurdles that hindered or prevented the investigation? In examining these case studies, we place a particular emphasis on challenges that occur in inter-agency and transnational co-operation within different legal frameworks.

The cases we investigated cover a wide range of criminal offences, namely VAT carousels, VAT fraud and profit shifting. Often perpetrators use shell companies and trusts to effect their malfeasance. While some of the case studies were drafted by law enforcement agencies of the respective EU Member States, some of them even by the judges in charge, others were produced by research and higher education organisations. The input we received, thus, comprised a collection of first-hand information supported by the eyes of critical observers and end users of the knowledge exchange.

As one of our main objectives is the to investigate organisational challenges, a criterion for the selection of cases had to be that these were already decided by a local authority, in order for us to base our research on official and reliable data. We did not consider cases that go regularly unchecked, for example, cases of tax avoidance and/or aggressive tax planning practices that do not formally break the law. Because of the thin line between tax evasion and tax avoidance, as well as the shortfall or tax gap caused by aggressive corporate tax avoidance within the EU (estimated to be around EUR 50 – 70 billion each year – Dover et. al. 2015), we will also look at tax avoidance in the next phases of PROTAX.

Our case studies suggest that it is often human factors that restrain investigations. In the specific context of cross-border operations, challenges occur due to the lack of formalised and efficient procedures for co-operation between national authorities. A case might, for example, be classified as a financial crime dealt with civil procedures in one country but as a criminal case in another jurisdiction. While there are rules for the exchange of data between judicial authorities, the exchange of information, as well as the designation of responsible authorities for the formal communication between a judicial and an administrative body, remain largely uncertain for the stakeholders represented in the case studies.

Thus, in order to investigate and prosecute the people and companies behind these schemes effectively, authorities set up joint investigation teams to gather evidence and analyse data collectively. Within these joint investigation teams, authorities are confronted with different organisational structures, competencies, legal requirements and criminal procedures, which further complicate co-operation. Moreover, differing legal concepts and definitions of tax offences hinder concerted action by the authorities. Often these challenges are further amplified by a lack of trust in unfamiliar structures and procedures of other Member States, leading to hesitation and delays in the sharing of data.

While not specifically indicated in the case studies, our discussions with the law enforcement agencies and ministries that are members of the PROTAX consortium suggest that communication, language barriers as well as data protection provisions can play a significant role in hampering cross-border co-operation in tax matters. National tax law frameworks may operate with incompatible concepts and definitions, further complicating cross-national exchange of information and admissibility of evidence about persons or enterprises for criminal prosecution.

In all of our case studies, professional enablers, inter alia tax planners, lawyers, accountants, bankers, notaries, and offshore trusts, were key in the establishment, execution and preservation of the fraudulent schemes. Professional enablers not only register shell companies and serve as accounting managers, they might also take care of the dissolution or movement of firms if they sense a danger of being exposed; set up invoicing systems for simulated business transactions (e.g., needed in the case of shell companies); and facilitate laundering of proceeds to tax crimes. Nevertheless, only in three of our 13 case studies, were professional enablers held accountable for criminal conduct.

Our findings suggest that one of the reasons for this problem is the bias of the role of tax authorities coupled with their lack of financial resources. While on the one side, tax authorities are tasked to bear down on tax evasion, they are also responsible for maximising the revenues that are due. Moreover, tax authorities frequently lack the capacity to sieve through tremendous amounts of data involved in cross-border tax crimes. In fact, in all our case studies, we found the allocation of resources constituted a significant factor for tax authorities in performing their duties effectively. This shortcoming becomes particularly crucial in judicial proceedings when under-staffed prosecution teams are confronted with expert defence lawyers from top law firms.

Alternatively, a pre-trial guilty plea or delayed prosecution may allow a significant reduction of procedural resources. As both parties agree on the penalty to be paid, there will be no need to translate or formalise data collected by surveillance, to submit rogatory letters and wait for the responses from other countries, or to summon witnesses and suspects from different countries to court. Thus, if a wealthy enabler – a multinational bank, as an example – is suspected of complicity with a financial crime, it may just pay a penalty without ever being convicted, as the national authority is aware that in addition to the voluminous work that such a trial would constitute, the outcome is always unpredictable.

Solutions and ways ahead

As comparative studies on tax compliance have shown, tax evasion correlates with trust in public institutions and trust is sustained by transparency and accountability. The case for trust and accountability can be made at the level of daily routine processing of cases within competent authorities administering tax payments as well. Trust in the law-abiding performance of other organisations involved in the processing of a case fosters effective and swift law enforcement. By introducing the soft indicator of organisational cultures shaping the implementation of black letter law and regulatory procedures, detrimental effects of insufficient co-operation, lack of mutual recognition and trust can be made visible. Good working relations across departments can ease the prosecution of tax crimes. Often these relations grow out of (prior positive) personal experience with co-operating colleagues. However, personal ties, allowing for occasional shortcuts of dire bureaucratic procedures, have to be balanced with the formal requirement of procedures and regulations and with the availability of funding to enable capacity for joint operations. Improvements can start at both ends, improving working relations and synchronizing regulatory procedures, to create mutually reinforcing positive effects. This mutual interdependence has to be kept in mind when drafting new policies to improve the prosecution of tax crimes. The wide array of human factors (trust, co-operation, available

material resources, opportunities for low threshold continuous interagency exchange, etc.) has to be considered in policy design and has to be backed up by adequate regulatory frameworks giving practitioners adequate tools, guidance and a safe environment for discretionary action within a clearly defined range of options. Following a bottom-up approach in the design of policies can increase efficiency, streamline cross-border and inter-agency cooperation. Giving the collective wisdom of ground-level operators more weight in the policy cycle, testing and evaluating new regulations against the background of their feasibility and working towards the early identification of regulatory gaps can help to avoid ineffective regulatory approaches.

The forthcoming activities of PROTAX will focus on the realm of human factors, analysing horizontal co-operation among stakeholders making up the eco-system of tax crime prosecution in EU Member States. This will be done through a series of focus groups with representatives from different tax communities at national level, discussing their experiences and co-operation obstacles. We expect to develop better understanding and innovative ideas for the improvement of national and European approaches to tax crime.

Results will be reported here in due time – so watch this space!